How can we help you today?

NOTE: This is the first firmware with SJ Gimbal control.

Follow these steps to install the new firmware v1.4.9:

2. Format the memory card to FAT32 in your computer. NOTE: If the card is nor formatted to FAT32 the update may not happen. 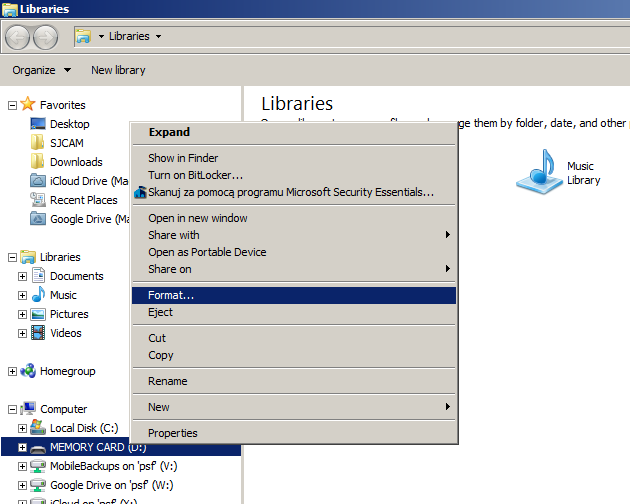 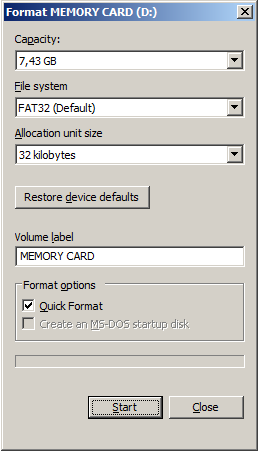 3. Go to the bottom of this page, look for the zipped file and extract the contents to your computer.  Firmware filename is SJ6CAM.bin

4. Copy the SJ6CAM.bin file to your card, then insert the card back to your camera.
5. Make sure you have more than enough power on your battery, then press the power button for 3-5 seconds.

6. Wait for 2-3 minutes for the update to finish, it will show the SJCAM logo when it is finished.

NOTES:
1. IF the attached file doesn't update your camera, you may need to rename it from  SJ6CAM.bin to SJCAM001.bin

2. On SJ6 Legend cameras that have not been updated before, you might need to install a Loader file first, for the update to work. Please install the file LD9666.bin found at the bottom of this page first. Then follow all the procedures above again.

IMPORTANT! Delete the firmware update file/s after installing. You can either delete it by formatting the card on the camera, or manually delete the installation file on the card through your computer.

1. Improves the Polish translation
2. Adds Gimbal control function
3. Resolves slow motion video options display -2x 720p60 should actually be 1080p60
4. Fixes settings, enter the settings Modify WIFI SSID Click "ok" to add characters and then open the WIFI, or there may be stuck in the WIFI interface
5. Fixes after removing the SSID and then click OK to add, the characters are not updated, it should be because the default length is longer than the limit length
6. Fixes after entering the SSID for the first time after upgrade shows SJ6000000000 does not match with the actual

2. solve the connection in the HDMI, the next row of a regular UI will flash the problem

3. Resolves After opening wifi, and connecting to camera, the icons dissapear and there is an issue recording with app issue.

5. When the fish eye correction function is turned on, there is gray FOV menu (FOV turned off)

6. Since the white balance menu and the color menu in the menu have overlap, one of the two’s menus is grayed out when the other one is turned on.

9. Resolved the smaller font in the menus after screen was scrolled.

10. Resolves when selecting delete in video playback, the video continues to play, and cannot delete file.

1. Resolves issue that occurs when HDMI is connected and touch screen cannot operate and goes into playback mode.
2. Resolves issue when connected to HDMI and power unit off, the LOGO display anti-90 degrees
3. Adds a user guide (Wizard) which appears first time after restoring factory settings or upgrading to new firmware. Guide will display basic operations.
4. Added function: after restoring factory settings, a guide will appear when going into normal video mode.
5. Fixes when in FPV mode and connect HDMI, the unit freezes due to HDMI AV-out not being able to operate at the same time. Now only one video stream output can be selected at time.
6. Adds ISO 3200 manual control
7. to solve the closure of the cycle of video, the video to the card after the card full of tips have not disappeared, can not operate the TP problem
8. Optimize the function can not be effective at the same time, the menu to increase the gray background, such as open the gyroscope, FOV and fish eye correction menu becomes gray, then click on the button can not enter the secondary menu or button OK button can not enter the secondary menu
9. In the menu under the two menu, press the power button down options, this time if the slide TP, press the power button down, there will be a disorder problem
10. Set the camera to set the camera mode, the photo set to 12M, and then shut down; and then boot, and then open the wifi, mobile phone camera wifi, camera crash
11. Under the Optimize menu, click into the secondary menu and the response speed returned after the second menu selection
12. Optimize left and right sliding switch mode speed and camera busy tips too frequently to solve the problem, after optimization, sliding switching mode should be faster than before 2 to 3 times
13. solve the problem: in the camera mode, select the watermark off, take pictures out of the picture will still have watermark information

IF YOU FIND ANY BUGS IN THIS FIRMWARE:

Please create a support ticket, or send an email to support@sjcamhd.com with the headline "SJ6 Legend Bug Found"

An older alternative firmware can be downloaded from HERE, Firmware version 1.4.6 for the SJ6 Legend.

This is only made available should you have any problems with the current recommended version.

Did you find it helpful? Yes No

Send feedback
Sorry we couldn't be helpful. Help us improve this article with your feedback.